It was January 2018 ,my travel to north Karnataka in search of Devadasi was still six months away. While the system, an outgrowth of the social reforms movements and It was the British with their reforms who degraded the system but still the fertility rite calls for ritual intercourse with a prostitute; the more unrestrained the sex, the greater the influence in the realm of nature. Prostitutes like the Devadasis today are considered auspicious and associated with the fertility of the land.

In the afternoon I reached the Yellamma temple at Saundatti, the road to the saundatti is well maintained , so although only 52 kilometres from Hubli, the drive took us almost 2hrs. Yellamma is one of the goddesses to whom many modern day Devadasis are dedicated. There some women hovered around us, a flurry of bright smiles and faded cotton saris, asking questions, laughing and speculating.Toothless old women, they looked healthy. These women were untouchables at the bottom of the cast system and that some of them were survivors of Mumbai’s brothels. The door to the inner sanctum was open, the goddess draped with garlands and cowry shells, was surrounded by latticework laden with burning wicks, incense burned at her feet. The priest intoned a mantra as a woman placed balls of rice and sweets on a banana leaf before the shrine, a whitewashed pavilion with blue trimming and inner sanctum for the goddess. The goddess Yellamma stood almost four feet tall. Adorned with peacock feathers, cowry shells and garlands, the goddess’s silver face reflected the flames.

I saw a young Devadasi woman near the corridor of the temple.I silently observed her ,the bendi on her brow, larger than the store bought variety, was a perfect circle of red powder. Her hair was tied in a bun and a line of red covered her middle parting. Her only adornments were a mangalsutra, two bangles and a pair of earnings.

I started walking turning back to the crowd. The driver warned me then.”Some women are devious, they would steal from guest”.

But in ancient India, the Devadasi system was once a great Hindu temple tradition ,for over one thousand years,Devadasi danced in temple across India .In the medieval times, the most beautiful and talented women were Devadasis .Although commonly called ‘temple prostitutes’, they played a far more important role in society than this label admits. Dedicated to the service of a deity before the age of nine, girls received rigorous training in a wide variety of arts. Dvadasis were, in a sense, India’s professional dancers and singers. Their devotional dances, performed before the inner sanctum of the temple, served to keep the gods happy; their dance-drama, performed at celebrations and festivals, enacted the gods legendary exploits .Devadasis were also noted for their satirical and erotic or lascivious dance rituals. Devotional dance worship, like the sacrifices of Brahmin priests, helped the community remain in the deity’s favour. while devadasis enjoyed a sacred status, marriage was forbidden.

Their duties included providing sexual services to male visitors of the temple. As the erotic sculptural relief on temples around India show, the enjoy of sexual union was seen as a paradigm for religious ecstasy. Men believed that having intercourse with a Devadasi ,an act of purification, would lead to celestial bliss; devadasi were taught that it was their dharama,their sacred duty ,to provide sexual services to male devotees, and that by doing so they would improve their lot in the next life or even better, to be liberated from the cycle of eternal returns .But these religious and philosophical concerns veiled more material interests :fees for Devadsis services provided an income to temples and to the kings treasury. Dancing and drumming have been used throughout history to induce ecstatic states. Although the visions generated by these experiences are culturally conditioned from generations to generations.

While some socialworkers and government officials claim that the Devadasi system no longer exists, in the rural villages of north Karnataka poverty belt, it is still alive. But much has changed since medieval times and classical dance is no longer within the Devadasi purview, but the economic pressures ,pseudo belief and the mechanism of exploitation that keep the women in place still prevail.

As I walked through the village, it began to rain 10 miles away from Yellamma temple down a rugged dirt road,Goravanakola was a knot of narrow lanes hedged in by sugarcane and sunflower fields, patches of forest covered the rolling hills beyond ,thatched, mud brick houses seemed to huddle together under the leaden clouds. Smoke from the hearths seeped through the roofs, and then lay stagnant, unable to rise any higher. The houses were made of stone, brick and unbaked mud. A combination of tile and thatch roofs did their best to keep the rain out.

It was too hot in that afternoon; slowly we walk through the narrow road. It was odours of burning wood and cow dung drifted over from the nearby houses. A group of women gathered around there. Their clothes were colourful. I flashed a smile and the women giggled, revealing perfect rows of white teeth. A younger lady stepped forward, invited us to sit her house nearby. She introduced herself as Ganga. We followed her. As soon as we were settled there, she quieted down. She proudly explained to us that we heard their stories in their own words: in the clutches of an ancient fertility cult, forced to serve the gods. I saw a girl who had been listening quietly by the door, her limbs were long and slender and budding breasts were visible beneath their shirt. I looked up at her. Ganga turned to me with a sigh and said:

“She will be dedicated to Yellamma”.
“Why you want to dedicate your daughter to yellamma”.I asked.

Of course ,we have to dedicate ,if we don’t offer enough, priest will harass us in the name of Yellamma. Poor villagers like us may have nothing of value to offer except a daughter. Villagers who do not comply with the goddess’s request are brought to the main Yellamma temple in Saundatti,Sabarimala for Devadasi,where priests are secretly informed about the dispute. After the pooja, the priest supposedly possessed by Yellamma,lists the goddess’s grievances, talking care to reveal intimate knowledge of the family’s life and village. I will burn your house down; I will take your son’s life. I will see to it that you will be outcast from your village. The rains will not come or the entire village will be destroyed.The priests threat them.
Yellamma mother of all ,demands our daughters.She blesses and brings peace to the village. At least one girl must be dedicated every year.

Ganga brought us to inside the room, a young lady laying there. I saw her delicate face and doe like eyes seemed to betray all her emotions. Her mouth stayed open so that her teeth showed .She was bloated at the belly and cheeks but the flesh on her arms had withered to a tight, dry wrinkled sheet of skin outlining her bones. Her mouth red from chewing betel.Her hair, pulled tightly into a bun accentuated her around face and almond eyes.Beneath her cheerful vivacity lurked the shadow of great sadness.The contrast of her youthful innocence and her spells of melancholy both intrigued me and endeared her to me.She is early twenty.
The driver warned me that but she would be an AIDS patient.

“Did you take her to the hospital”. I asked
“No, never”, replied Ganga
“Have you ever heard about AIDS”?
“No .I have never seen such a thing, nor have I heard of it happening”

She is dying of Yellamma’s sulky displeasure.It is our fate only. We couldn’t follow priest’s testament before. So Yellamma goddess’s grievances, she will take our daughter life. We are at stake to live now due to the more absurd government programs aimed at eradicating our old tradition, Devadasi system. Ganga explained.

I looked up at Ganga .She smiled at me.
I became numb. I was lost. 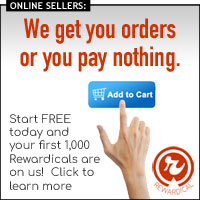 P T Usha and Ilaiyaraaja nominated to Rajya Sabha; Usha is an inspiration for every Indian, says Prime Minister

Sister Sister Sephy hit Sister Abhaya on head with axe, another nun was in room